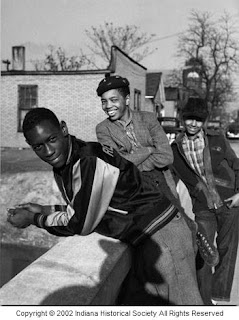 But I need to know more about this blogging thing, and wordpress seems to be the place for me. Please update your links, all! I'll be sending other bloggers my new address, which is--

See you there!!! The blog is up--minus the additional links, which I'll be adding tonight.

In trolling through Half Price Books today (where I overheard someone looking for where the Paramilitary Romance section was--quoi??) I found a long-lost novel recently resuscitated by NYRB, who have a fantastic series of high-quality unjustifiably obscure novels. Feneon, who carefully avoided the limelight, compiled this experimental book, called Novels in Three Lines, from anonymous bits of reportage from newspapers of France in 1906, The result sounds like a series of unrealized Edward Gorey captions ranging from the tragic to the bemusing, most in the out-of-date passive voice:

"Napoleon Gallieni, a stonecutter, broke his neck falling down the stairs. He may have been pushed. In any case, he was taken to the morgue.

The sinister prowler seen by the mechanic Gicquel near Herblay train station has been identified: Jules Menard, snail collector.

There was a gas explosion at the home of Larrieux, in Bordeaux. He was injured. His mother-in-law's hair caught on fire. The ceiling caved in.

In the vicinity of Noisy-sur-Ecole, M. Louis Delillieau, 70, dropped dead of sunstroke. Quickly his dog Fido ate his head.

Catherine Rosello of Toulon, mother of four, got out of the way of a freight train. She was then run over by a passenger train.

A ruling by the mayor of Angers concerning parades forbids union banners, songs not of a liturgical order, and canes.

Eugene Perichot, of Pailles, near Saint-Maixent, entertained at his home Mme Lemartrier. Eugene Dupuis came to fetch her. They killed him. Love.

...for the following reason. I can do my writing elsewhere.

Two Questions, or, Heaven Can Be Yours, Inc. 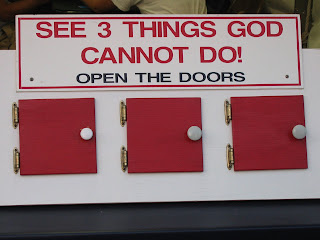 Today I had scheduled a field trip for my composition class, based somewhat on my McDonalds espionage experiment. I gave my students various roles that they were to assume before we went to the Student Union food court to do our field research.

Once we got there, a table had been set up by some religious group, touting that "Two questions" will let you know whether or not you will go to Heaven. Their table was covered with various swag items--CDs, stickers, the usual promotional crap. I set my students loose, letting them know that I'll be checking to see how they're doing. I pass by the table again and this rather aryan-looking kid with a clipboard finds it his business to ask whether I believe I'll be going to Heaven. I look down at his wipeable-laminated poison green questionnaire and see that the possible answers are:
[]Yes
[][No
[]Maybe
[]I Think So
[]I'm not sure

I try to see what the second question is, but he notices that I'm looking and cradles the clipboard closer, much to the potential detriment of his shirt, considering the marker residue. I never am asked the second question. Before I turn around, I see that one of my more attention-challenged students has been snagged. Five minutes later, she is still there, with the guy on the flipside of the laminated questionnaire (as there are more than two questions, naturally), and he is sweeping his hand over the table of swag. I go up and remind my student that she is here to do research, not to talk. "But I am doing research," she says. I reminded her that one of the strict prohibitions of the project was not to talk to the people in the Union. Notes and observations only. I had to state explicitly that she was there on my time and that she needed to get to what the project required. There were distinctly non-Christian looks from those that ran the table.
Honestly, I find it insulting that three undergraduates behind a folding table claim to have such grand powers to confirm whether or not one will be going to [their] heaven, and combining it with some prefab way of gleaning personal information and email addresses for marketing/proselytizing. I wanted to go back and tell them that explicitly. I was especially irritated that they were targeting my non-eating students in the food court. I patrolled the area with my own clipboard, looking to move the students onward to the seating areas so they could actually get material for decent essays for Tuesday.
And only those that go to Heaven get a sticker.
Posted by Davo at 7:56 PM No comments: 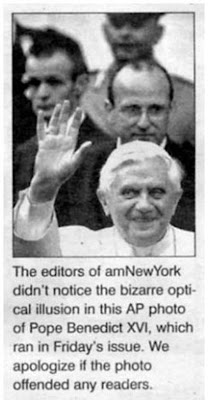 Whew. I'm tired. I'd post pix of the convention, but my camera appears to be broken. The bookfair, with its great crowds and constant activity, was often like a football scrum in a library, but in the fray certain recognizable faces were seen: Lucille Clifton, Mark Doty (who signed two of my books), Hilda Raz (whose new book I'll be reviewing soon), Craig Arnold (with a quick L. A. hug before running down the sidewalk), Marianne Boruch, G. C. Waldrep, and others. I picked up quite a few books (and one stalker). Among the great finds was a Turkish novel, some wonderfully printed articles from Ugly Duckling Presse (who print wonderful wonderful things), and a lot of new and exciting literary journals. I'm glad I'm out of the car. Biggest thanks and enormous gratitude to Rebekah and Tadd, who were wonderful hosts, right down to the fantastic navigation packets!

I'll type more fun and frivolity after I've had a bit of sleep...
Posted by Davo at 12:12 AM No comments: 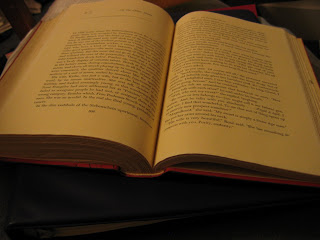 In light of what we've been through for the last eight years, I bring forth yet more Henry James:

"In art there are no countries--no idiotic nationalities, no frontiers, nor douanes, nor still more idiotic fortresses and bayonets. It has the unspeakable beauty of being the region in which those abominations cease, the medium in which such vulgarities simply can't live. What therefore are we to say of the brutes who wish to drag them all in--to crush to death with them all the flowers of such a garden, to shut out all the light of such a sky?"

Speaking of art, I'm off with most of the other writers I know to AWP, thus a rather sporadic blogging schedule, due to radically increased lecture and celebrity intake.I'll try to post pix of folks and scenes I run in to.

Pic, taken by Davo, is not of a James book, but rather of Heimito von Doderer's novel The Demons.
Posted by Davo at 12:28 PM No comments:

My Summer of Many Words 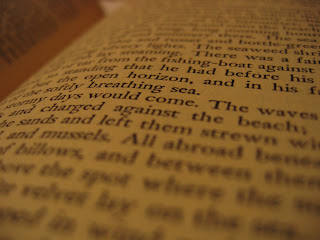 Henry James stood for me, back when I was an under-graduate, as the height of nothing doing. We were assigned The Portrait of a Lady and I think I got to the 45th page before putting the book down and devoting my time to other things. Looking back on that as a current college instructor, I can imagine the challenges of discussing the merits of such a novel with students like me. It's a big leap to change from discussing the "what's happening" of plot, to the deeper elements of "what are they thinking" or "why are they thinking this." As one of those students, I refused to open that book and nodded in agreement eagerly whenever the professor made a point, hoping to show by this nodding that I not only was paying attention, but that I had actually read the novel in question.

Seven years later, having been in a Corporate job for some time, I actually found myself thinking quite a bit in that grey cubicle, much like Isabel did staring at the fireplace. I turned to difficult and enormous novels to keep my mind from reducing to unappealing elements, like iceberg lettuce left in its plastic bag too long.

Everyone should have a Henry James summer. His sentences are never-ending, sure, but after a while, I found myself going along like a big ship cuts along through water. It took a while to get to speed. Once there, I was never unaware of the constant friction of so many words, but, like the water, all of it was necessary to support the hull.

His character names are occasionally hilarious (who today would have the chutzpah to name a main character, as in "The Wheel of Time," Fanny Knocker?). He's also the master of the artificial problem, such as finding a sealed envelope in "Sir Dominick Ferrand" where they want to know what the papers are, but in order to do so, they'd have to break the seal. So the characters sit and think on it.

It's perhaps from this summer that I got my longer-than-usual sentence length. I lay the blame on James.
Posted by Davo at 11:42 AM 2 comments:

Words and Music: Others' Blogs